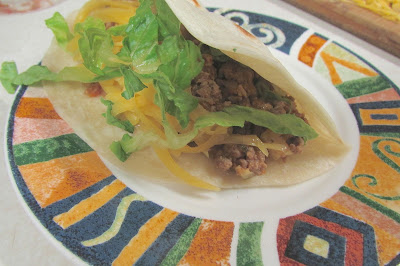 Picadillo is a Cuban dish similar to a hash. The ingredients are pretty basic including ground beef, onions, tomatoes, potatoes and green olives. Here in Texas, we will often times see it in some of the Mexican restaurants as a taco filling, but their recipe will just have the ground beef and potato. There are many versions of this recipe and today I am going to share mine. 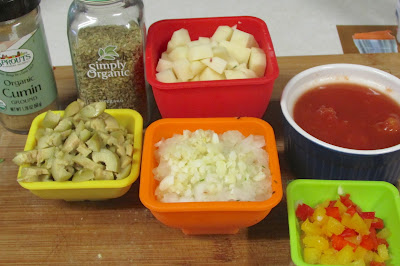 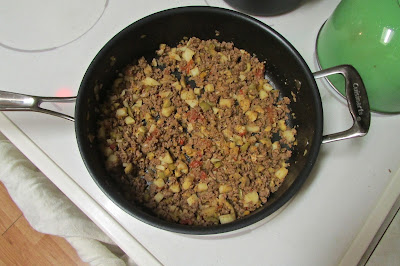 Begin by sauteing and breaking up the ground beef. Once it starts to omit some of its natural grease, toss in the peppers, onion, garlic and diced potatoes. Season this with a little pinch of salt. Once the meat is browned and the onion translucent, toss in the tomatoes, broth, olives, oregano and cumin. You can add a pinch of salt and pepper here too. Cover the pan and let simmer for about 15 minutes or until the potatoes are nice and soft. You may need to add a little more broth if the liquid evaporates too quickly. Then take off the lid and let simmer uncovered for about 15 minutes or until the liquid has evaporated. What you are left with is a delicious picadillo meat that is traditionally served over rice, but we used ours as a taco filling. It was nice to have something different from the regular seasoned ground beef. This has tons of flavor and everyone ate as much as they possibly could. The best part is there were hardly any leftovers!! 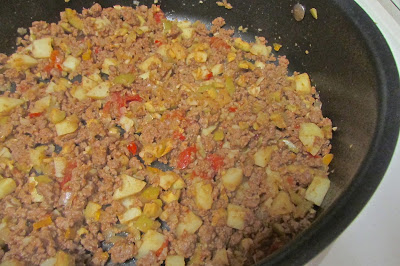 Hope you guys enjoy your long weekend! I have some great things planned like a new ice cream and I'm going to attempt to make Challah bread with this recipe.  Can't wait!! 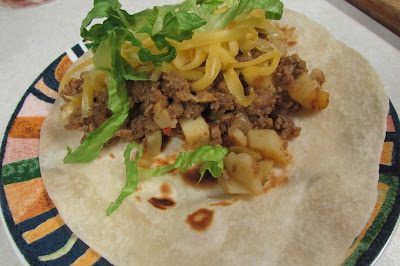