Seems like April flew right by us. So much going on this past month that I can hardly keep up. Record Store Day took place on April 19th this year, and even though we didn't go to any brick and mortar stores, we were still able to grab a few things that we wanted online. 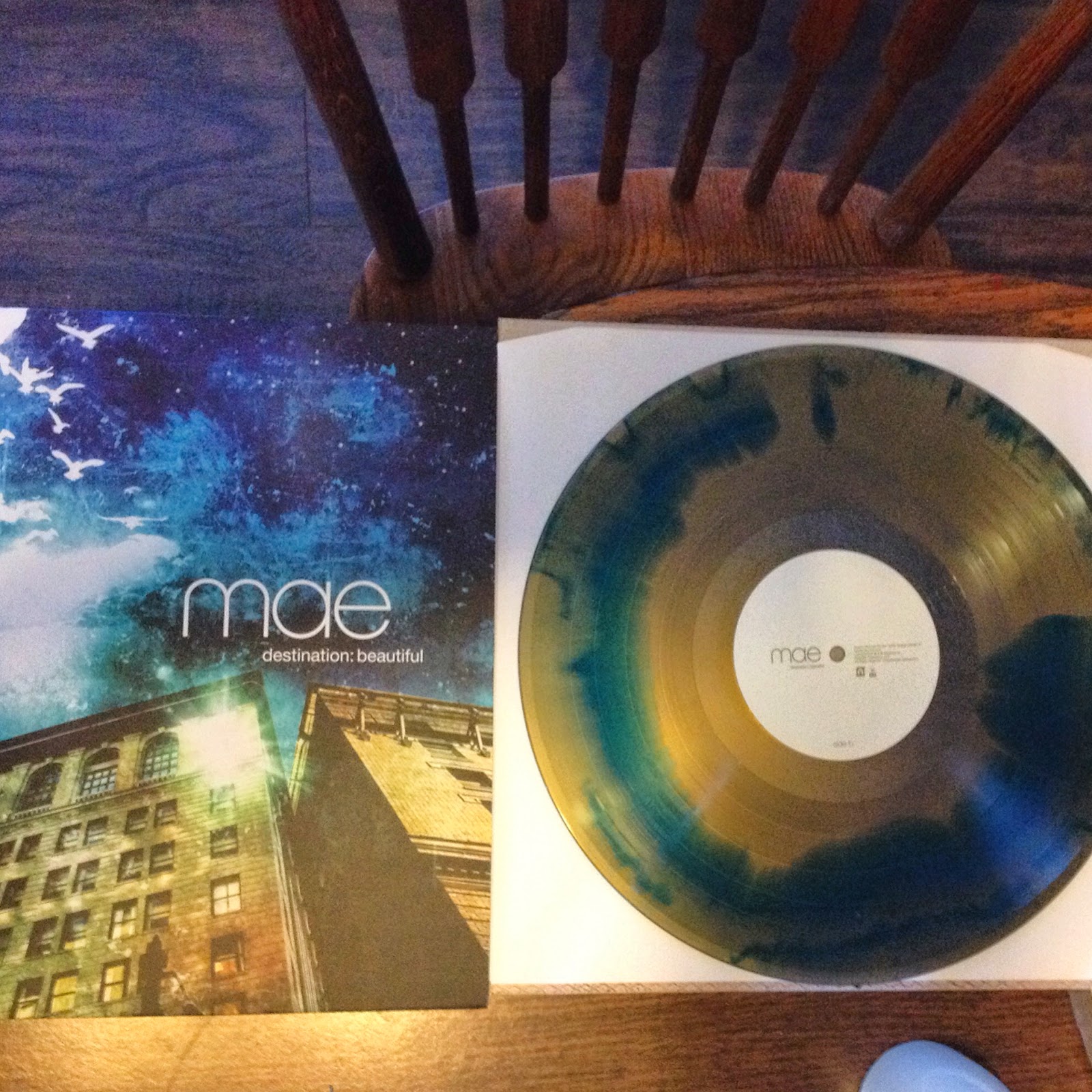 I got Mae - Destination Beautiful from Shop Radio Cast. They did a limited to 500 blue/gold swirl edition of Mae's 2003 album Destination Beautiful and I knew I had to have it. I've been wanting Mae's The Everglow, but I'll take this one too. The album matches the cover perfectly and it looks even better in person.  :)

I was also able to grab the Cake vinyl box set.  Cake was going to save 200 of the 900 boxes to sell on their website to fans who couldn't get one on RSD, so I was lucky enough to snag one. In order to get the link, you had to sign up for their email list and they would send you a special link to order the box. This was really the only item that I wanted for RSD, but I knew with the limited quantities that I wouldn't be able to get one at my local record store for RSD unless I stood in line all night, and was one of the first few people in line. So I'm very glad that I was able to pick this up online for the same price, if not cheaper than in stores. The box set arrived yesterday, and I can't wait to spin all of these this weekend!!!! 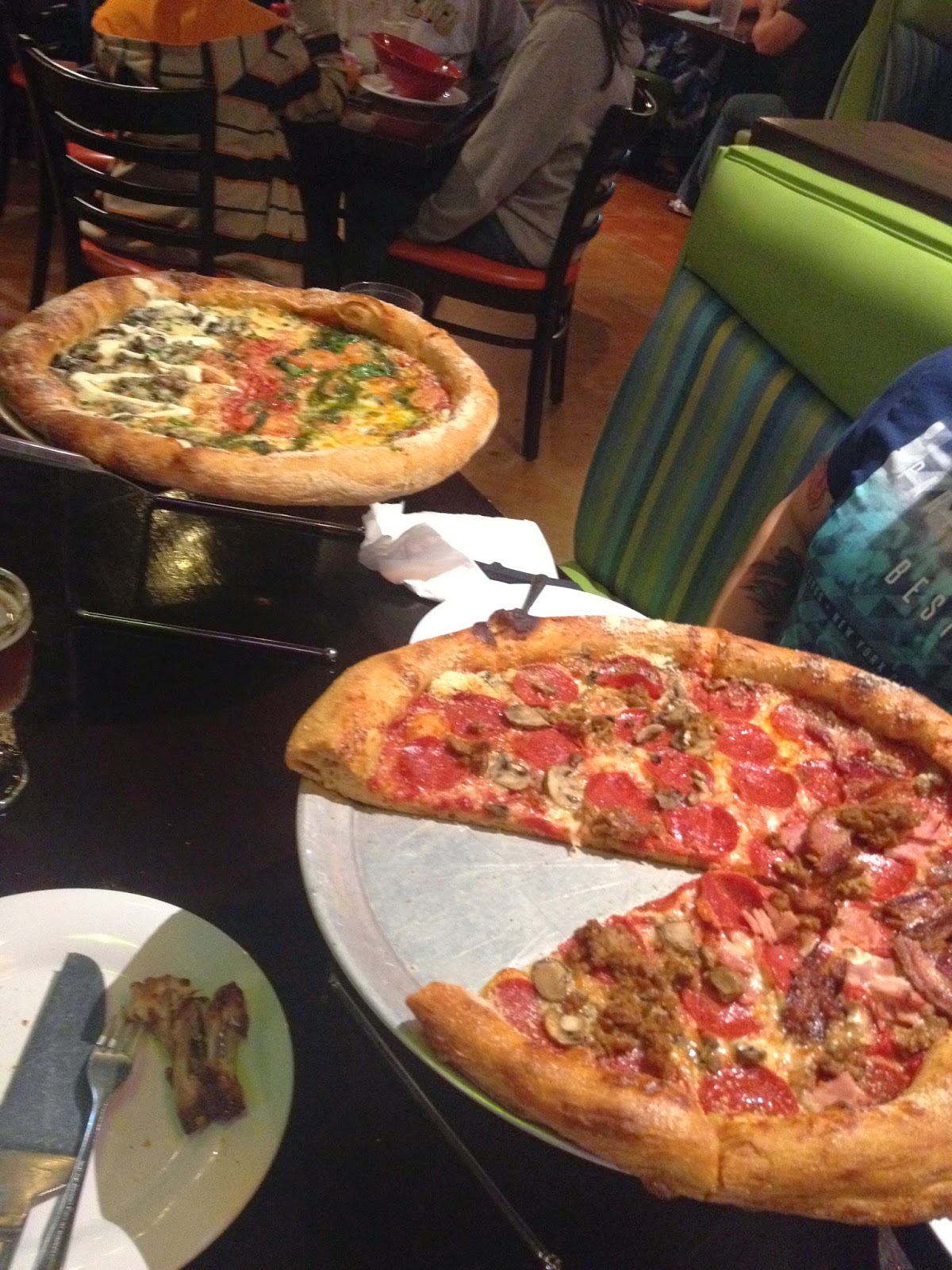 Other happenings this month is that instead of doing our regular date nights, we have invited our friends to go along with us on double date night. The first week we went to Mellow Mushroom. We had tried Mellow Mushroom before in a different city and let's just say that I was not impressed. So we had decided to try it in our city since it was fairly new. The pizza this time around was much better, but I still would rather eat at a locally owned pizza joint. To this day, my favorite pizza place in San Antonio is Freetail. You can't beat locally brewed beer and awesome food, in my opinion. 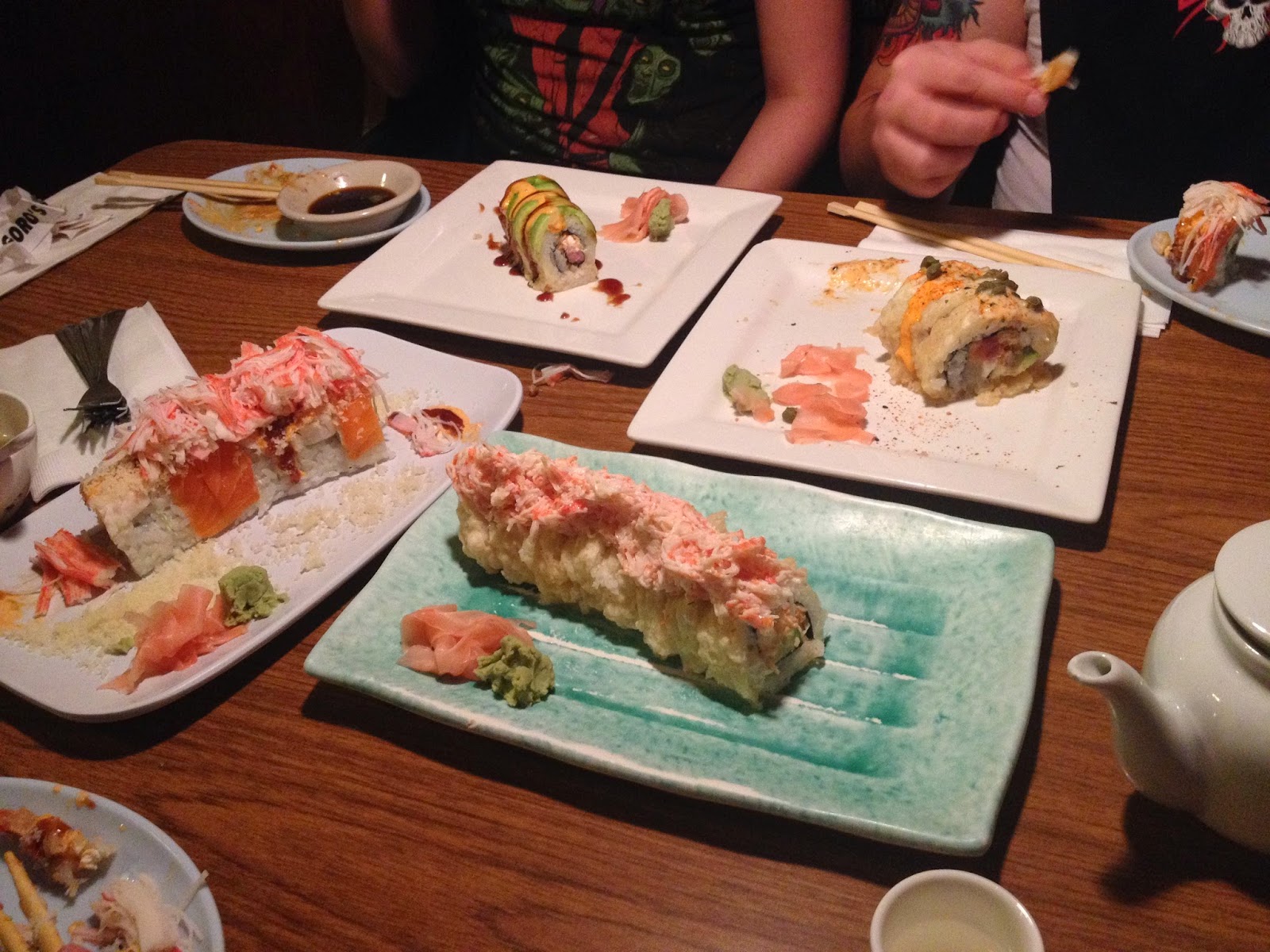 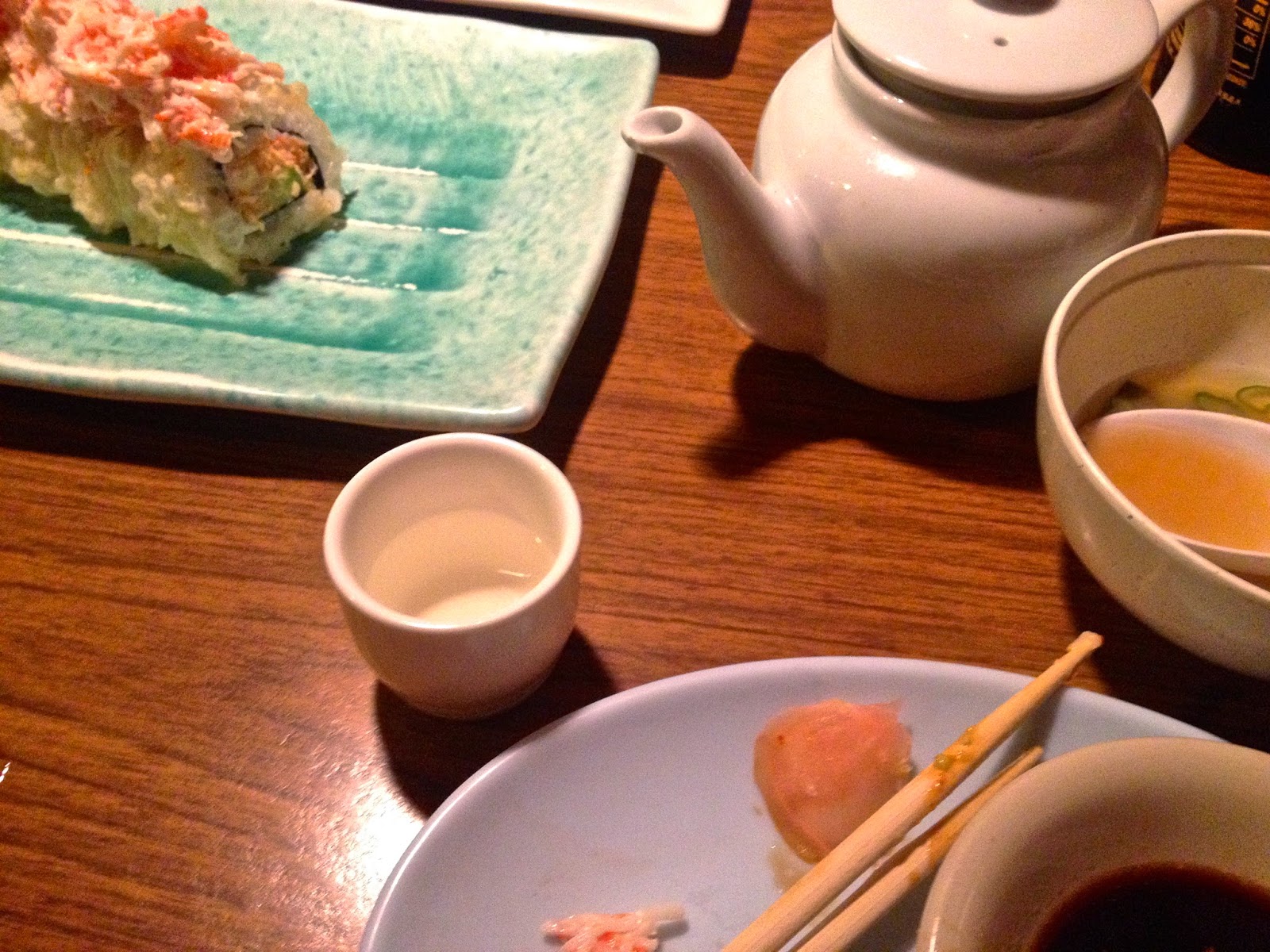 The following week we decided to try out our friend's favorite sushi place, Goro's Sushi in San Antonio. Both David and I are not very big sushi eaters. I have a hard time getting David to eat any seafood other than fresh crab so this was new and exciting for us. We tried a few different rolls and enjoyed the in house warm saki. Everything was delicious and I could definitely see us eating sushi more often in the future. 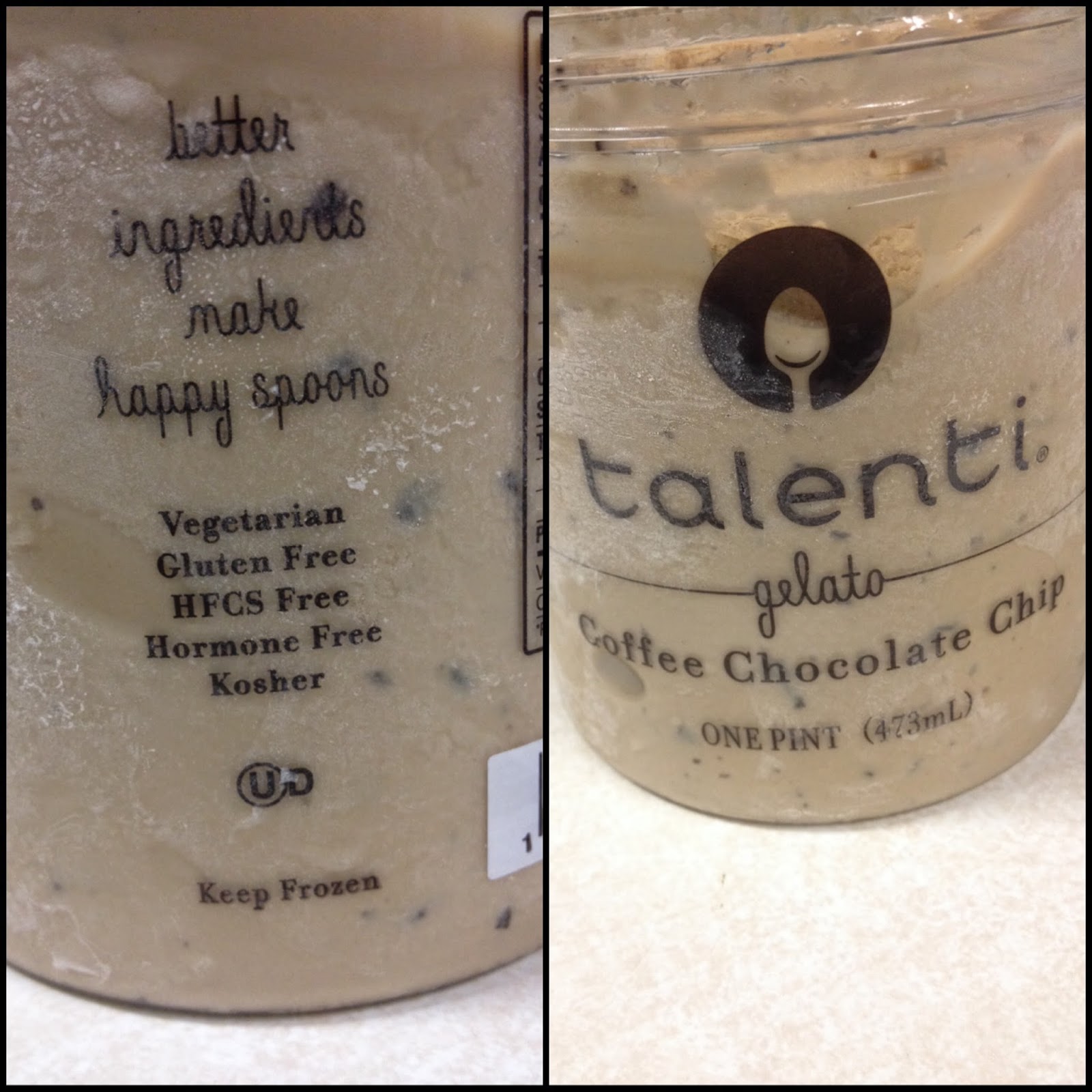 I haven't been making much ice cream lately as we have discovered Talenti Gelato. Although it is expensive, it is completely worth it. They use all natural ingredients and have a great selection of flavors. Of course the cats enjoyed it too. 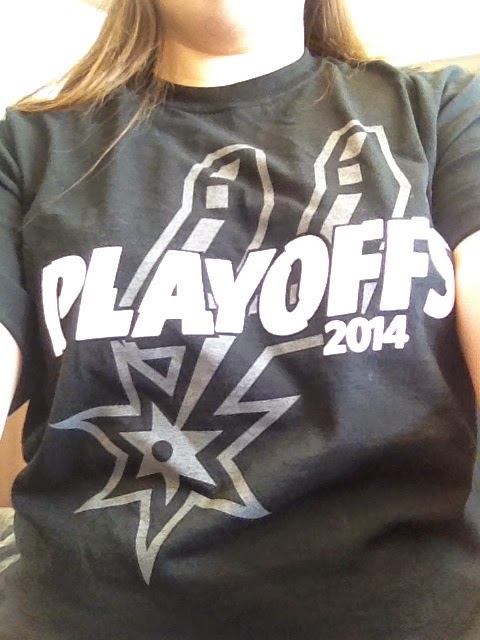 So not only are allergies raging in San Antonio during the month of April, but we kicked off the Spurs Playoff Season!!! We were able to go to the first two home games and had a blast. San Antonio loves their Spurs and we are glad to be apart of it. So I will finish off this post with a classic GO SPURS GO!!!! 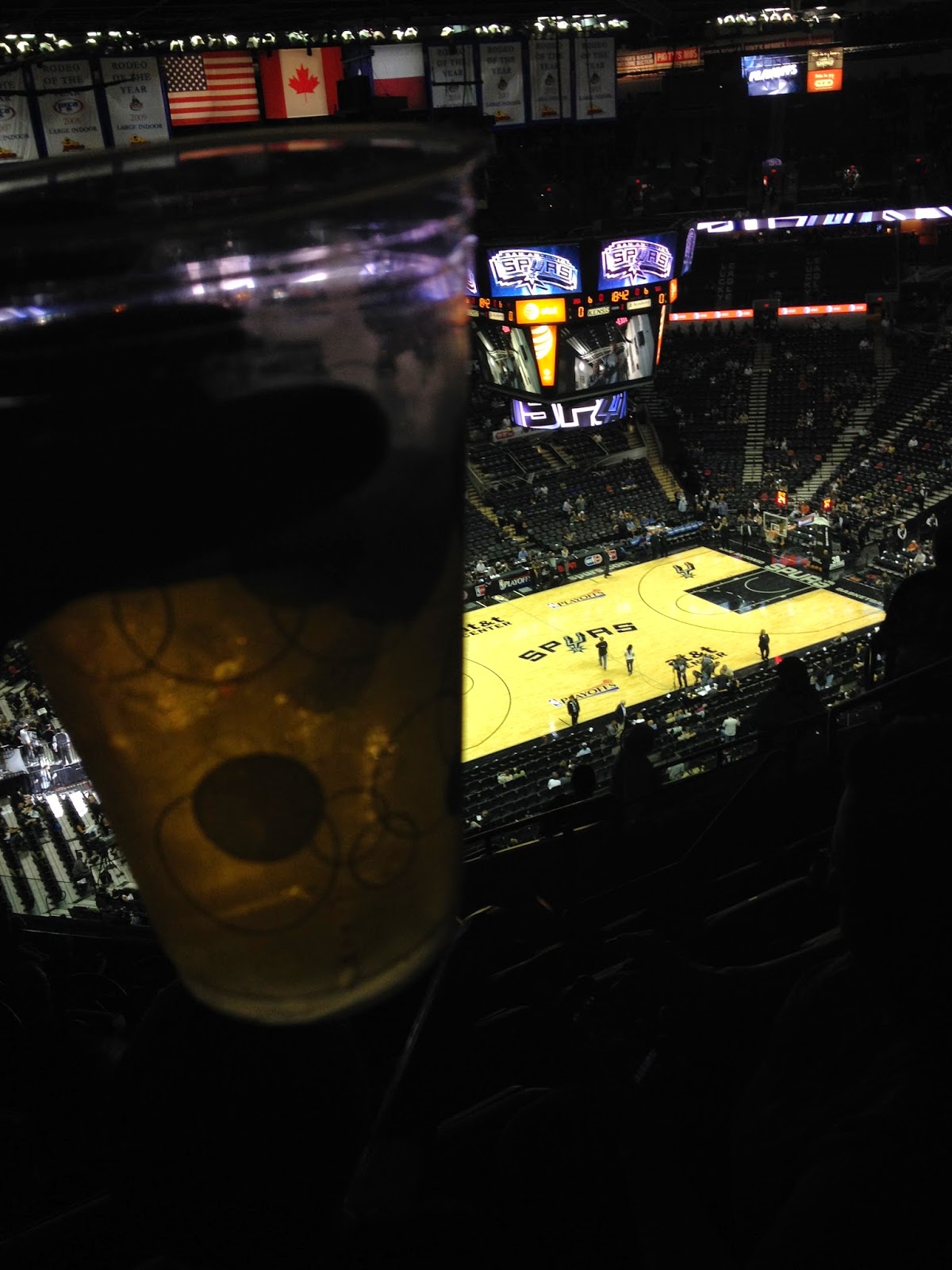